MediaArtLab is a non-profit research platform founded in 2000 by the artist Alexey Isaev and art critic Olga Shishko. This year MediaArtLab celebrates its 20th anniversary.

— the first institution in Russia that works with media art

Following the worldwide trends, art was actively developing in Russia in the late 90s: there were new technologies, video and sound art, net art, all kinds of experimental forms, referencing both Russian avant-garde artists, such as Malevich and Eisenstein, and Western artists of the 60s, such as Nam June Paik. The artist Alexey Isaev had also been working in these new artistic fields, since he believed that new technologies imply new forms of thinking and it was the duty of an artist to reflect on them. However, at some point, Alexey realized that all the experiments of Russian artists would very soon be forgotten and no one would even consider them artists, unless there was someone who wrote about them and introduced their work to the professional art discourse. It was not that these artists themselves didn’t write about their work or communicate with each other, but still, there was no institution that would purposefully deal with just such art. For that reason, the artist Alexey Isaev and art critic Olga Shishko founded MediaArtLab and started collecting Russian video art, describing and systematizing artworks and promoting artists at the same time. And they managed to achieve a lot in their work. 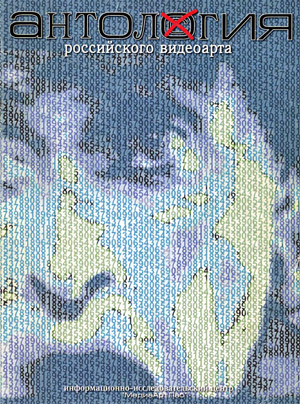 The Anthology of Russian Video Art

The Anthology was published in 2000 by a group of experts led by Alexey Isaev, which included both artists and film critics. In 2002, these video works were screened as part of the program of the Moscow International Film Festival, which was a very important statement on video art as an integral part of global screen culture. Just imagine: an international A-class festival, a respected event in the world of cinema, with a rich history, famous filmmakers and jury members, premieres, a red carpet... And it showcased a video art program, which, at the time, was by no means distinguished by technical excellence, glamour, or large budgets. Cinema projection operators complained to the festival management that they were provided with damaged films for screenings; the audience consisted mostly of the art community, and nevertheless, for the first time in the world, video art officially entered the program of a large commercial festival. Soon video art works were included in the programs of festivals in Venice and Cannes, and Shirin Neshat’s work won the Golden Lion. 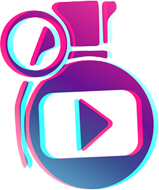 — annual program at the intersection of video art and cinema

Despite the fact that The Anthology of Russian Video Art paved the way for video art to be accepted into the film industry, the idea of an annual art program as part of the MIFF still seemed too bold and a little crazy. Moreover, MediaArtLab invited all the most important people in international arts, artists and theorists who knew that they were celebrities, but no one heard of them in Russia. The question how to attract guests and journalists to these events still remained open. Moreover, the festival had parallel screenings with the participation of well-known actors and directors. The symbolic turning point came, perhaps, at the moment when Peter Greenaway arrived at the Moscow Film Festival not for the main program, but to see the Media Forum, announcing immediately that cinema was dead. He held a screening of his multimedia film The Tulse Luper Suitcases, which turned into a party where Greenaway himself acted as a VJ and which, of course, everyone wanted to attend. Later this collaboration resulted in a huge video installation The Golden Age of the Russian Avant-Garde, which occupied the entire space of the Manege exhibition hall and was created by Greenaway specially for the Russian audience in collaboration with MediaArtLab team. The English filmmaker analyzed the biographies of twelve Russian artists of the early 20th century and told the story of the wreck of their highest hopes as a result their consent to cooperate with the regime. 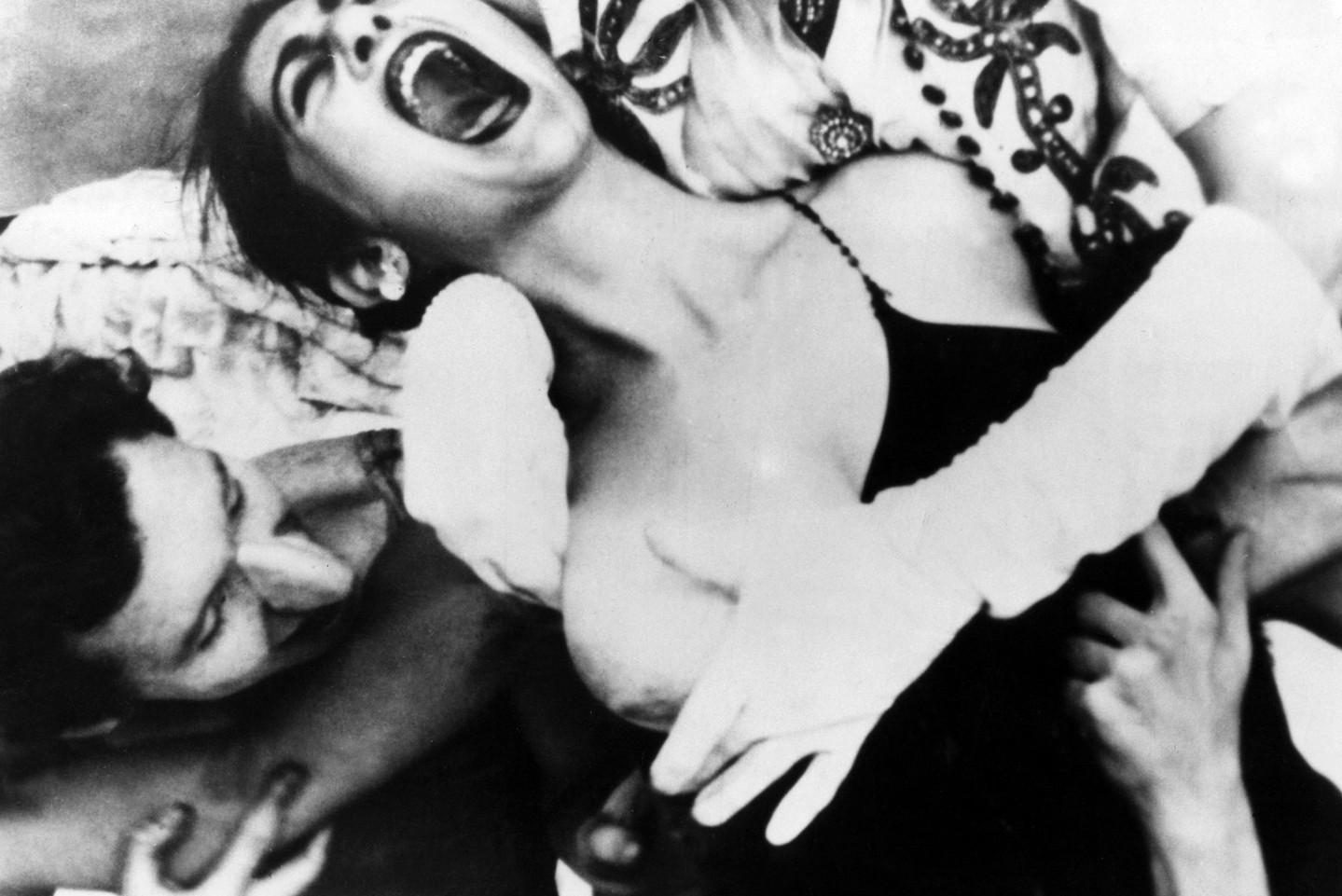 ART-TRASH / At the film industry’s backyard

International experts enthusiastically accepted MediaArtLab’s invitation to visit Moscow and showcase something new; they selected the most experimental works for this project in order to certainly impress the public. Having looked through the programs in advance, bewildered organizers stood at the entrance to the festival and asked the visitors if they were sure that they came to the right place and if they understood what they were about to see. “Yes, yes, we came to see Jack Smith's Flaming Creatures,” people replied. Today this film is included in all the top lists of art-house masterpieces; it has influenced all subsequent American art, but was banned from screening for pornographic content in the 70s, despite the fact that nudity was noticeable in the film only if you knew where to look. MediaArtLab team still does not understand how the Moscow public learned about the film and why people were so eager to attend the screening. But when during the reception the organizers invited hesitating guests to stay and have more food and drinks and skip the screening, the audience put down their glasses of champagne and went to see the film. Chancellors of traditional art schools, who attended subsequent screenings with their students, later called to express their outrage. 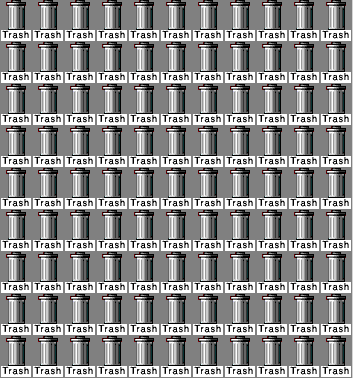 Russian museums and galleries were in no hurry to include art that can only exist on the Internet in their exhibition programs. Art critics could not make sense of terms used by the artists. Museums did not have appropriate equipment and did not understand how to display such works at all. And no one understood how to evaluate them. MediaArtLab was established precisely to work with such complex art; its founders were convinced that the whole new creative layer based on the emerging Internet culture could not be simply ignored. Moreover, in the late 90s everyone created web pages and there was a feeling that you simply don’t exist without a website. Those homemade Internet pages felt like modern tombstones to artists. With this in mind, artists Joan Heemskerk and Dirk Paesmans began transforming custom web pages and sites into tombstones. Anyone could send them their website address and receive a beautiful, custom-designed tombstone with their name on it — with a sarcastic comment that for five thousand dollars the artists could also send a marble copy. At the same time, Alexey Shulgin created a website with a home page that consisted of pornographic images; since this was the most popular and newest type of Internet content, these icons were enthusiastically clicked on and… users ended up looking at serious works by prominent net artists and texts on the theory of net art. The artists were confident that very soon they conquer this new media and it altogether becomes the territory of art. [рус]

As soon as artists got a new media, a lot of new problems came along: aesthetic categories and criteria, problems of preserving and collecting net art works. The most important issue was and still remains the copyright for net art: a number of international artists are still litigating against those who turned their early works into commercial projects. It is important that the roundtable discussion organized by MediaArtLab was held at the Russian State University for the Humanities, i.e. in the most highbrow environment, which meant a symbolic recognition of net art and its problems as academically relevant.

Roundtable discussion on the Internet censorship

— a politically significant discussion at the Russian White House

After organizing festivals and exhibitions of net art, the MediaArtLab Director Olga Shishko was summoned to the Government of the Russian Federation. Her legs unsteady with fear, she came to the Russian White House, where she met Andrey Korotkov, Head of the Department of Government Information, who explained that the issue of introducing censorship on the Russian Internet according to the Chinese model was being seriously discussed, that he was against such a development of events, so he asked whether it was possible to arrange a discussion with the participation of Russian and international experts, which would allow to back out of an undesirable decision. Since it was a political act, the roundtable discussion was held in the very building of the Government of the Russian Federation. It was attended by thirty-five theoreticians and artists, some of whom had problems with being admitted by the Russian White House security because of them looking exactly the way artists look. Nevertheless, the discussion took place and international experts — who had no reasons to be afraid of the Russian Government — delivered passionate statements. Domestic speakers supported them and the RBK Media Company organized a live broadcast. No censorship was introduced.

The regional branches of the National Center for Contemporary Arts had small budgets for cultural events. MediaArtLab had no budgets either, but it had ideas and artists. Thus, the best international media art experts and artists headed for Russian regions instead of the capital; the Poliekran festival took place in Nizhny Novgorod, followed by programs in Norilsk, Krasnoyarsk, Kemerovo, and other cities. Another thing is that, for example, about two hundred cultural workers from Nizhny Novgorod took part in the project, including the director of the local NCCA branch Anna Gor and the young duo of video artists Provmyza, who then represented Russia several times at the Venice Biennale. As a result, MediaArtLab team was left with the impression that the regions gave them incomparably more than they did to the regions. 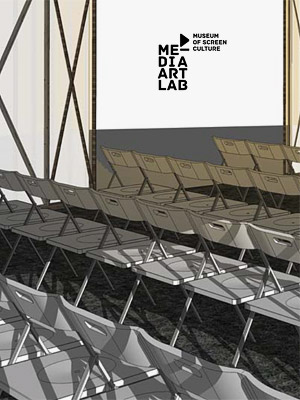 The collection was created according to the principles that were new in the 2000s and which have become very relevant today: MediaArtLab passed on its Anthology of Russian Video Art to other European and American festivals so that Western viewers could see the works of the Russian artists. In exchange, it received archives of media art from art centers and festivals of other countries with the permission to show the works for educational purposes. Thus, a huge exchange archive was created; it included video and sound art, experimental films, art music videos, net art, TV art, works of video actionism. An important part of the archive is media works by artists of the post-Soviet territories, scarcely known abroad. In 2001, the Access to Excess conference was held, attended by directors of the world’s media archives, which allowed initiating the conversation on how to collect, describe, store, and distribute video works, which in turn allowed bringing up the collection to museum level. It is another matter that there is no permanent venue where the first Russian media museum could be housed, but MediaArtLab dreams of having it in the future.

After the large Manege hall burned down and was rebuilt and reopened as a progressive art center, MediaArtLab moved there and decided that it was time not only to launch festival and exhibition outreach, but also to reform art education and present the entire 20th century as the era of the art of moving image, which includes not only cinema and video art, but also theater and sound; this idea having a serious philosophical basis. Both future artists and curators entered this new school; they have already professionally grown since then and participated in various biennials and triennials. But the founders of the project are still worried that the students took courses to their liking, while it was possible to get a full picture only after attending all available lectures. Nevertheless, the graduates were recruited by the Triumph gallery straightaway, which, together with MediaArtLab, launched the Great Expectations educational program for young artists.